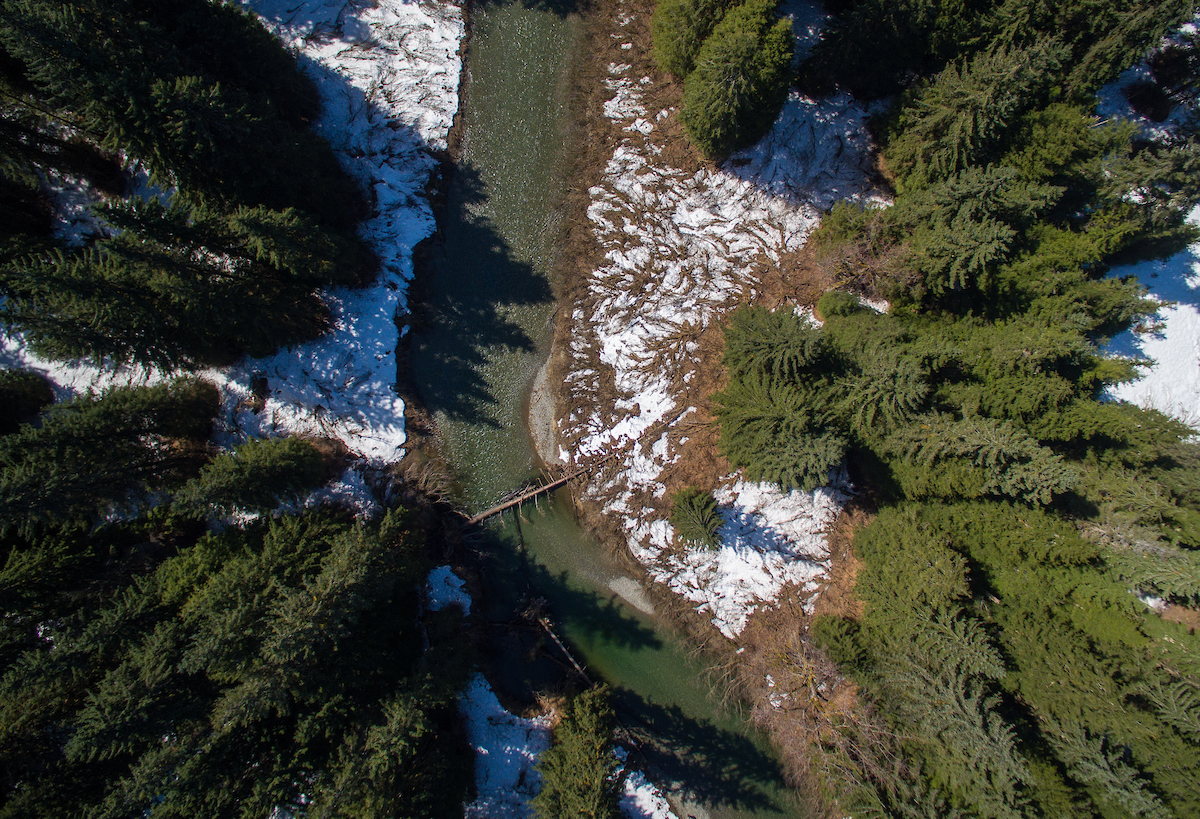 If you want to catch a large steelhead in a small stream, there is perhaps no better place to try your luck than in Southeast Alaska’s Tongass National Forest. Every spring, steelheaders in the know make their way to the Tongass in search of the “fish of a thousand casts”, and search they do. But how does one find out where steelhead are supposed to be? 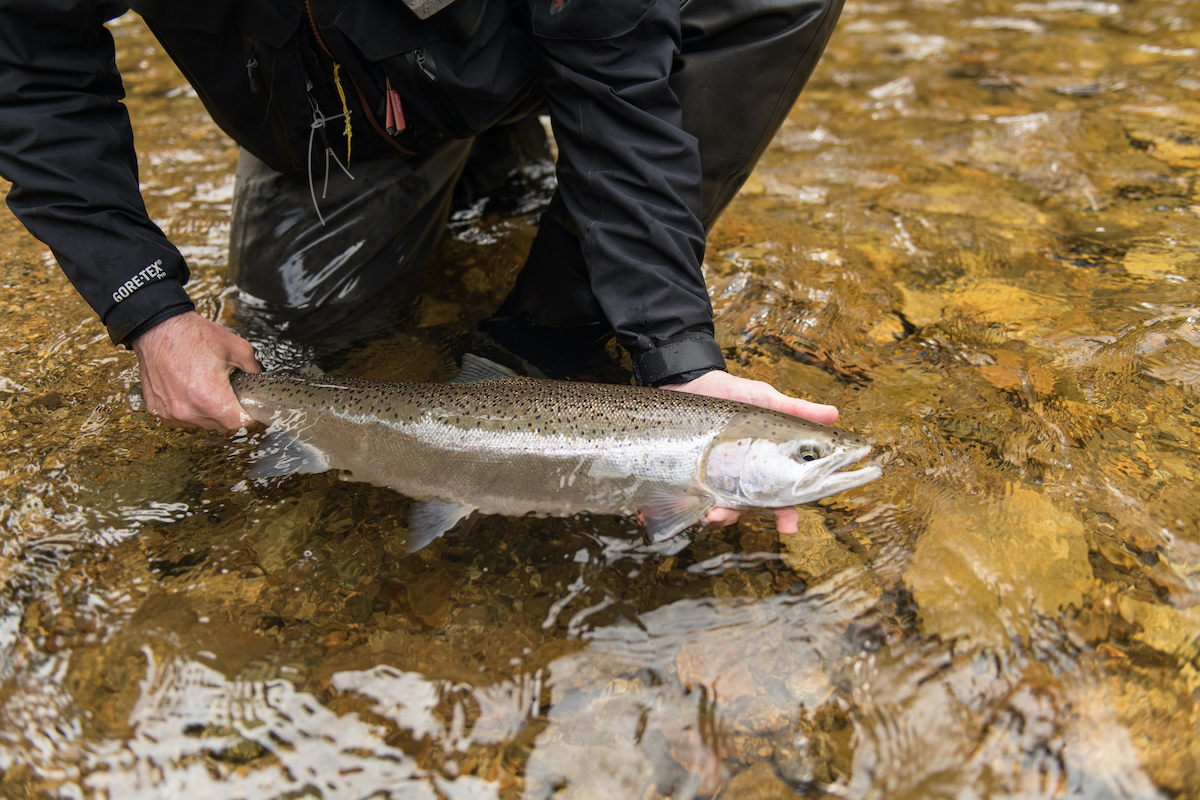 The state has a living document called the Anadromous Waters Catalogue (AWC), which is the list of all known habitat used by anadromous, or sea-going, fish like salmon and steelhead. The AWC specifies which water bodies are used by anadromous fish species and therefore afforded protection under Alaska State law. Water bodies that are not listed within the AWC are not afforded that protection. Trout Unlimited noticed that many waterways are missing from the AWC and therefore left unprotected.

Mark Hieronymus, based in Juneau, set out to change this and add to the officially known salmon-containing waters of the AWC. He started with the “Tongass 77” watersheds, which comprise the ‘best of the best’ in terms of fish-producers on the Tongass National Forest in Southeast Alaska. 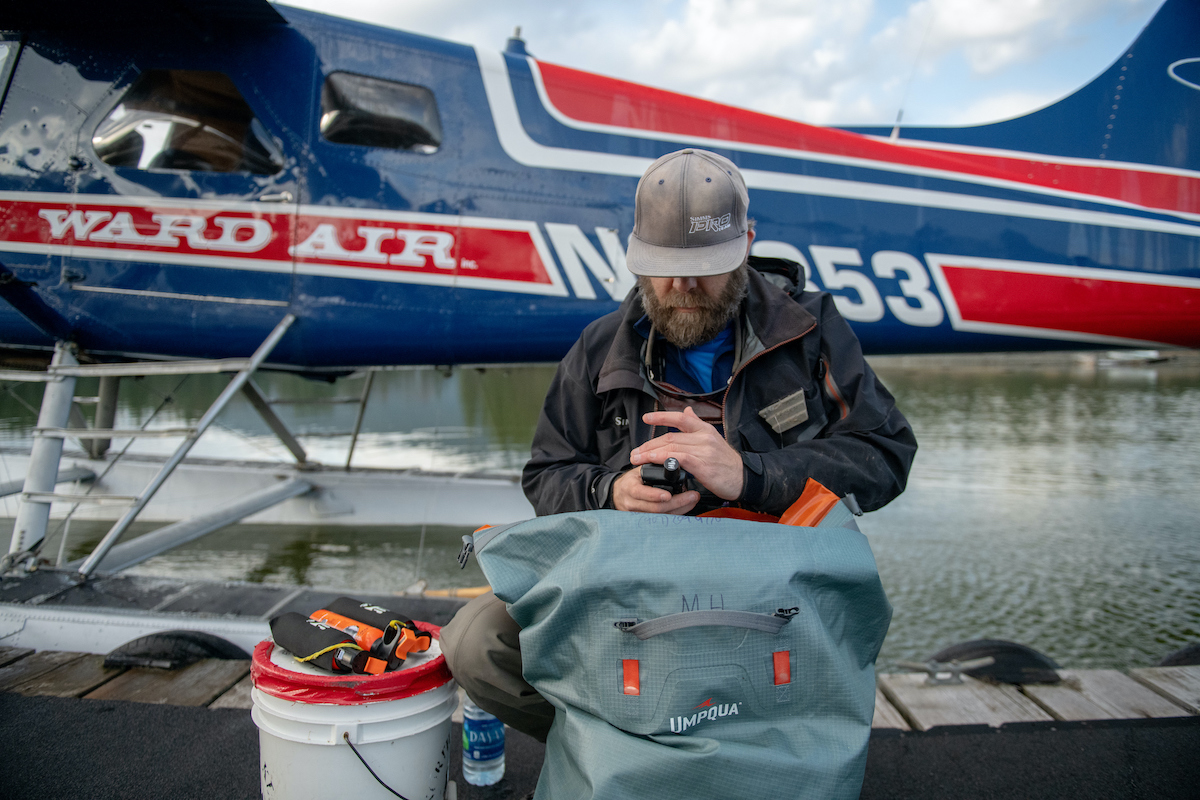 Southeast Alaska has at least 324 discrete water bodies with known habitat used by Steelhead. But Mark and our friends across Southeast have seen them in waters beyond the documented list. Moreover, many of these un-and under-documented water bodies are in the precious Tongass 77 watersheds. If habitat used by steelhead can be successfully documented in these waters, adding them to the catalogue would mean additional protections at the state level.

In 2018, Trout Unlimited staff embarked on an effort to officially document the presence of steelhead in previously undocumented areas. Despite the unforgiving landscape and rigorous documentation process set by the state, the team was successful. On their first trip, they collected enough data to successfully nominate two new steelhead streams for inclusion in the AWC. 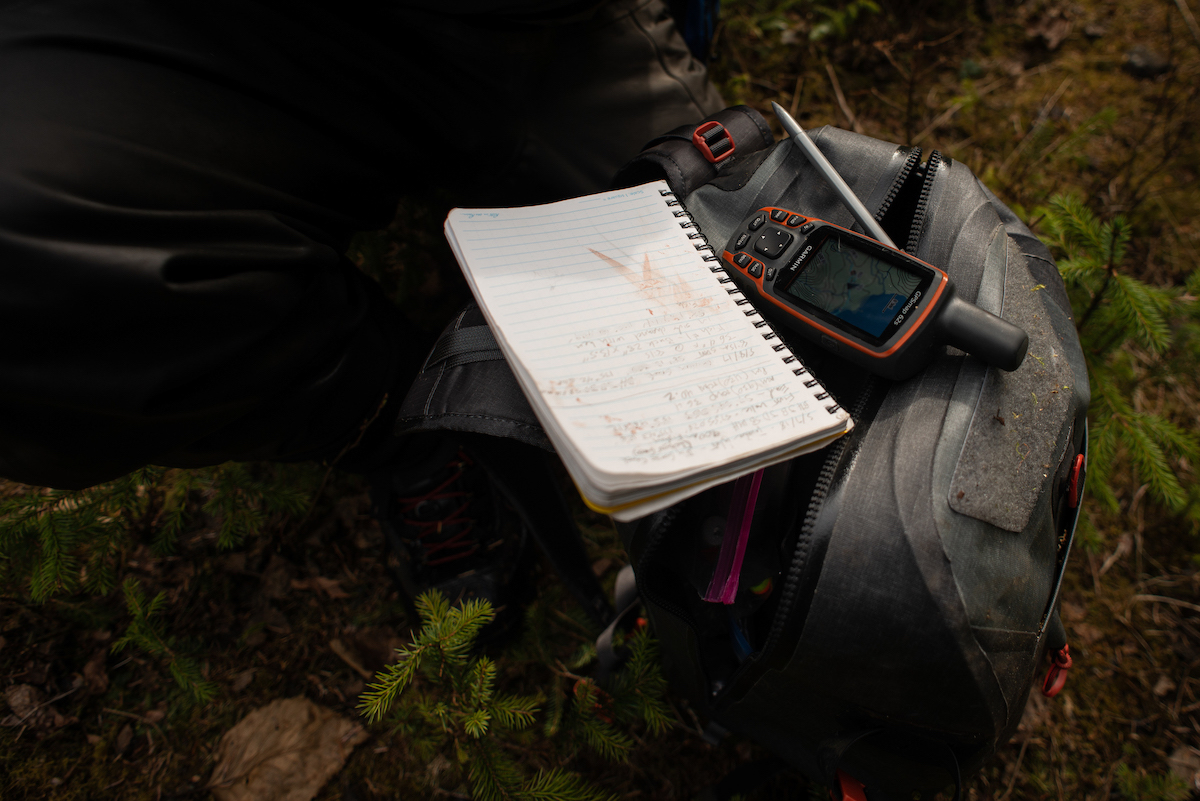 Inclusion in the catalogue doesn’t put the stream off-limits for development – rather, it creates a system that makes sense for developers and for fish. In some cases, timing windows are used to limit when construction projects can occur so that they are not undertaken during sensitive times for fish, such as during migration or spawning. For steelhead, this is from roughly March through late July, as this is a time when adult steelhead are migrating in freshwater to spawn, and when their eggs are developing in the streambed.

Similarly, if development is proposed in an area where the Alaska Department of Fish and Game knows anadromous fish are present, the Division of Habitat will survey the area repeatedly to determine if fish rely on the section of stream or river that is proposed for the project. If critical areas are identified, they are avoided.

For the 2019 field season, Trout Unlimited expanded the project to include surveying for salmon in addition to steelhead. In May 2019, staff surveyed several streams on Chichagof Island for the presence of and habitat use by salmon and again they were successful. These surveys resulted in 11 nominations to the AWC for new species in previously documented habitat, as well as documentation of entirely new anadromous streams. 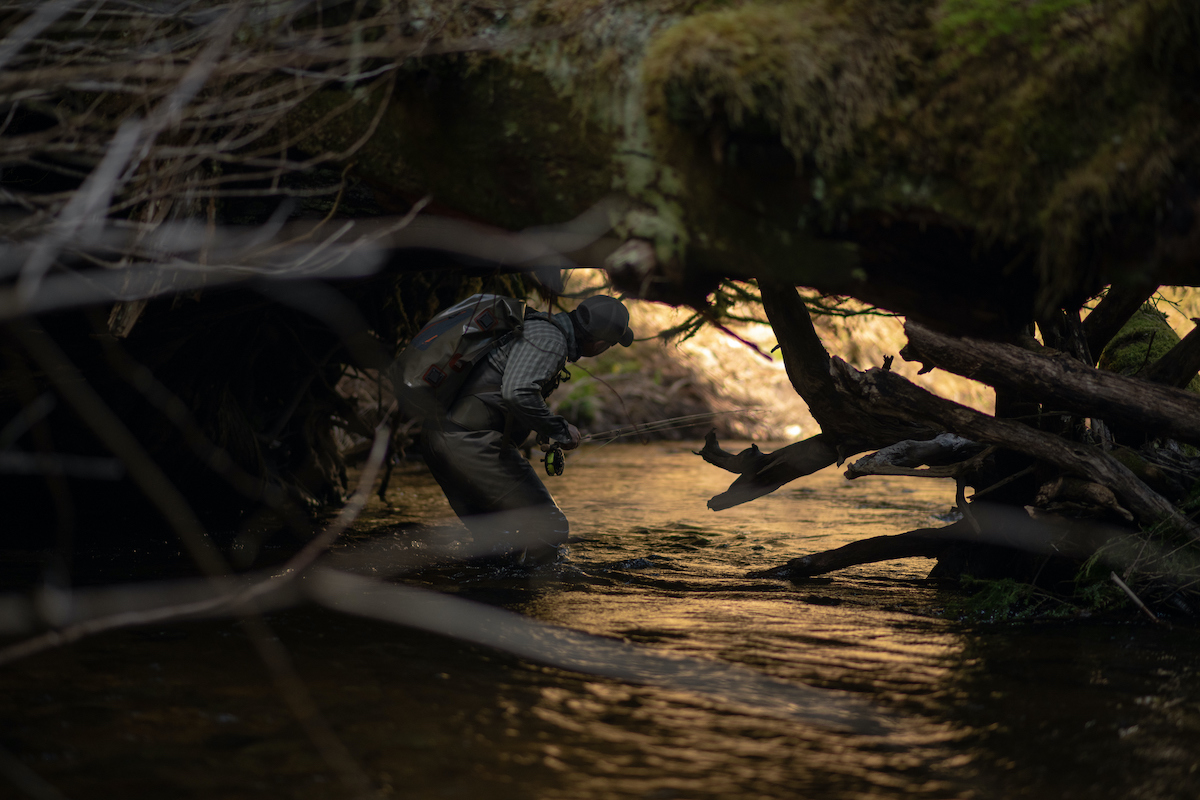 Since its inception in the early spring of 2018, the un- and under-documented habitat project surveys have resulted in the addition of 5 previously undocumented steelhead populations, bringing the total number of known steelhead-bearing streams in Southeast Alaska to 324. Juvenile surveys both in and out of Tongass 77 watersheds have resulted in 14 nominations for addition of species to an existing AWC stream and/or addition of new anadromous water bodies to the AWC. When taken in total, 4 new species additions and nearly 10 miles of previously undocumented habitat have been nominated for inclusion in the AWC as a result of Trout Unlimited’s efforts.

Trout Unlimited plans to continue this work in 2020 and beyond, and invites the public to join in the effort to fill in data gaps and provide basic protections for the habitat and the fish we all value. For more information, visit http://www.americansalmonforest.org/steelhead.html 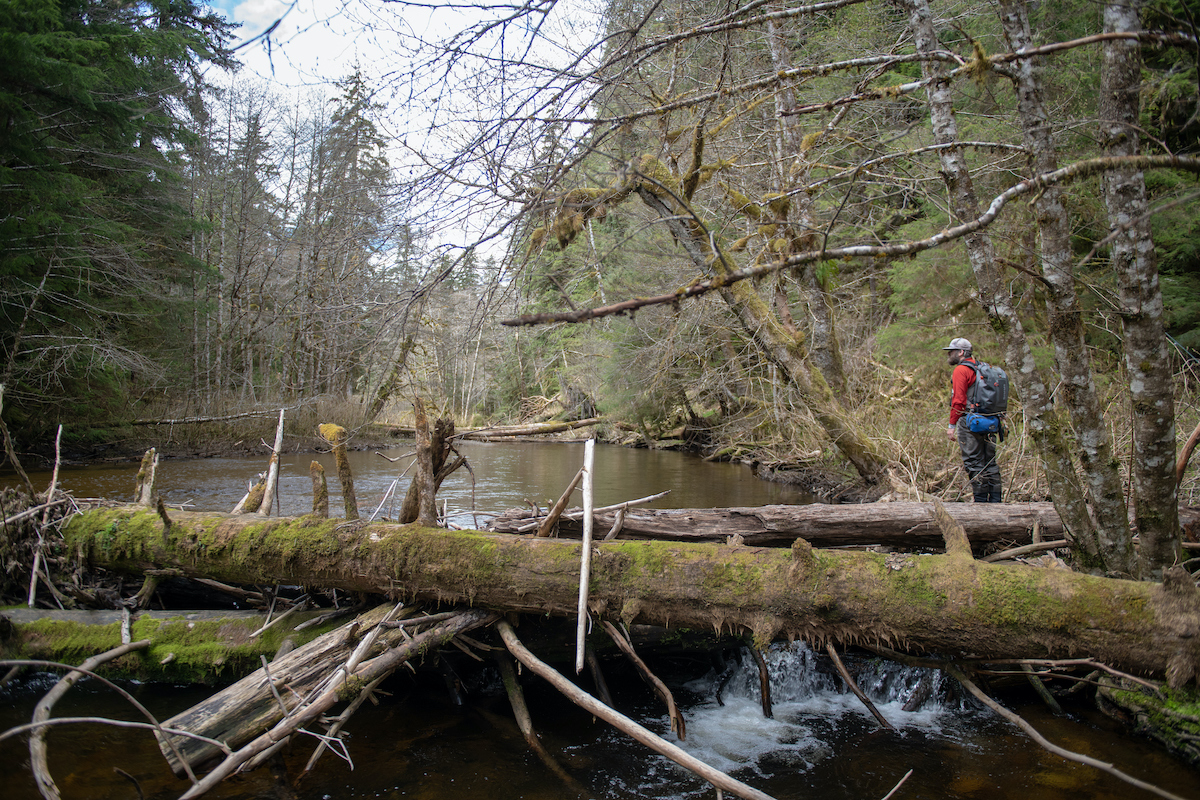